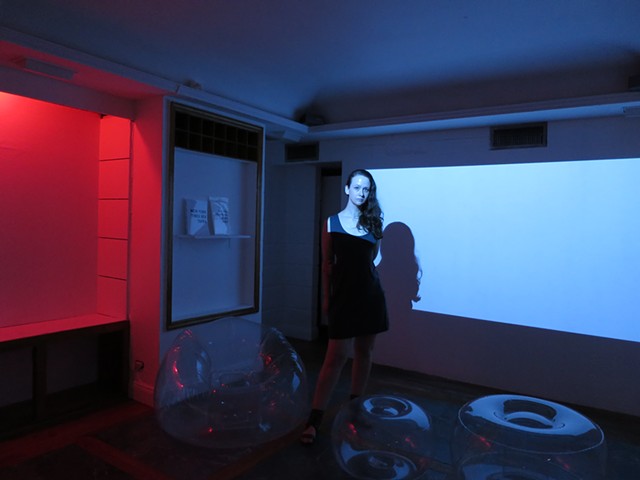 Cindy Hinant is an artist based in New York. She received her BFA from the Herron School of Art and Design, Indianapolis; and holds an MFA from the School of Visual Arts, New York. Her work has been exhibited at the Massachusetts Museum of Contemporary Art, Lenbachhaus Munich, Indianapolis Museum of Contemporary art, Egyptian Modern Art Museum, Museo de Arte El Salvador, Palais de Tokyo, and the North Miami Museum of Contemporary Art, among others. She has been the recipient of the Robert D. Beckman Emerging Artist Fellowship, the Edward Albee Visual Artist-in-Residence Fellowship, and the Sheffield International Artist Book Prize. Her work has been reviewed in The New York Times, Art in America, Artforum, Hyperallergic, Dazed, and Wallpaper, and is featured in the book New York New Wave: The Legacy of Feminist Art in Emerging Practices by Kathy Battista.

Hinant was born in Indianapolis, Indiana and was raised by an assortment of family members who were involved with social activism and the arts. In the 1960s her grandfather, a Disciples of Christ minister, worked with Stokely Carmichael (Honorary Prime Minister of the Black Panther Party) on programs to serve underprivileged schools and has more recently participated in a year of daily protest outside of an ICE detention facility. As a child Hinant spent much of her time wandering unsupervised around a large church (ringing the church bell at inappropriate times) or running around the family owned hippie paraphernalia store that hosted salons which focused on anti-war efforts, police protests, and marijuana legalization.

In Indianapolis Hinant was an active member of the arts community. She was director of the Community Museum Laboratory and collaborated on projects with the Indianapolis Art Museum. Hinant was on the board of directors for Big Car Gallery, and co-curated the Unusual Animals Project Space with Asthmatic Kitty Records. She was also director of youth programming at the Indianapolis Art Center where she taught ceramics for nearly ten years. Soon after moving to New York, Hinant met the conceptual artist Dan Graham who became her longtime mentor and employed her as a studio assistant and archivist. She has also worked as studio assistant to the feminist video artist Dara Birnbaum. Hinant is currently working with the pioneering Process and Post-Minimal artist Gary Kuehn. Her essay, A Subversive Practitioner, was included in the exhibition catalog for Kuehn’s retrospective exhibition at the Kunstmuseum Liechtenstein. Hinant has published books and articles on Dan Flavin, Superstudio, feminism, and grid systems and she has been invited to speak about her work at Yale University, New York University, Rutgers University, and the Sotheby’s Institute of Art.

Hinant lives and works in Harlem with her two cats, Noisy and Chloe-Elizabeth.