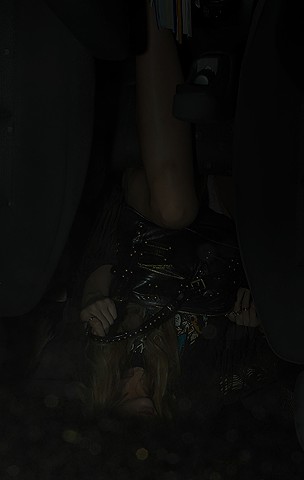 The Aesthetics of Violation is what I define as media materials that seem to have been released without consent of the subject, regardless of the actual agency of the subject. This is most clearly evident in media genres such as revenge pornography, upskirt photography, and leaked celebrity nudes. Revenge pornography is videos or photographs produced by a couple for private use which has then been publicly released by one party without consent of the other in order to cause harm or humiliation. This is a problem, in itself, but what I am most interested in is how “revenge pornography” has become a common keyword or tag used to promote pornography that was filmed professionally and how this contributes to the degradation of women.

–Cindy Hinant in an interview with Malika Ali, “On Coat Racks and Scotch Tape,” On The Ground Floor, March 2016.